Rebounding is not only a low-impact sport that offers a variety of benefits, but it is also fun and makes it easy to convince yourself of the movement.

Here is an overview of what the rebounding exercise is and what rebounding benefits according to NASA study. You will expect after participation. 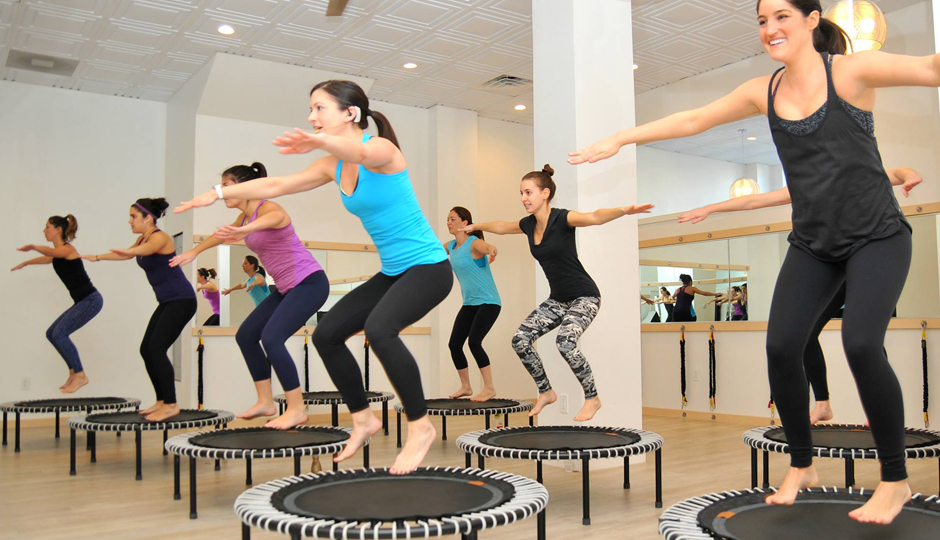 NASA confirmed it that “Rebound exercise is the most efficient, effective form of exercise yet devised by man.”-The Miracles of Rebound Exercise; Carter, Albert E.; The National institute of Reboundology and Health, Inc. Edmonds, Washington, 1979.

According to NASA Study

The statement above is one of many claims made in the scientific study published in Applied Physiology Journal 49 (5): 881 to 887, 1980 that confirms many claims made earlier in The Rebound Exercise Miracles, 1979.

Four researchers A, Bhattacharya, E. Shvariz, J, E. Greenleaf, and E. p, McCutcheon assisted eight young men, age between 19 and 26, to run, jog, and walk on a treadmill that was operated at four various speeds at that time. Then jumped at the standard size trampoline over four different heights to compare two training modes.

Even though treadmill running has been studied repeatedly, researchers have found that

“… measurements of the parameters required to operate a trampoline exercise have not yet been reported.”

The trampoline test was performed not less than one week after a treadmill test.

The Six Measurements Taken at Eight Subjects Were:

The pulse was acquired from the battery-powered electrocardiographic unit connected to the subject’s body, transmitting the signal to a specially designed receiver that recorded the data written electronically on a graph.

The oxygen consumed was measured using a K-meter carried out by the researcher on his back. The G-force experienced by each university student’s forehead, back, and ankle was measured using the small and sensitive accelerometers mounted on the Plexiglass holders attached to the ankle, forehead, lower back.

After a comprehensive medical examination, healthy students were given a new pair of Nike running shoes and shorts to standardize the measured conditions.

They got the familiarization sessions on trampoline jumping, treadmill running, and laboratory procedures to ensure the NASA exercise physiology techniques were the same.

Every student then ran or walked on the treadmill at four different speeds between five or ten-minute rest periods. Then the researcher recorded the statistics and compared them with the previous treadmill studies to ensure accuracy.

One week later, the same athletes came back to bounce on the trampoline again at four various heights during a five or ten-minute rest period between the exercise sessions. Then, the researchers recorded their statistics, but this time around, they had no comparable studies from the past since the trampoline had not been studied before.

The studies available were only the preliminary studies initiated in August 1977 in animals and humans from the passive restrictions exposed to increase frequency and intensity of vibratory forces aimed to increase metabolic activity and heart rate.

These responses were measured using the whole-body vibration that resembled those during mild suggest and exercise, in which the body vibration can replace the workout of those who’re ambulatory.

How Trampoline Workout Could be Your Lock-down Obsession

Those people who enjoy running or exercising at home find it beneficial because of their well-being. But many of them, the key to motivation is mixing up an exercise regime and trying different things.

It has never been more accurate than now that we are at the center of another lockdown where bodyweight training and walking seem dull.

That is why we are constantly looking for new workout options like boxing, skipping, and barre. When we hear about the wondrous world of trampoline-based fitness or rebounding workout, we can say with certainty that we were interested.

Katy Harrington, the editor for digital stylist commissioning, loved the workout style during the lockdown. “I had taken some bouncing classes for £15 an hour in East London, and I thought I might recreate it in the house.

My dad found a mini trampoline in the garage, so when I came back to the house to spend the lockdown, I began using it as I recall some old-fashioned-aerobics moves, which I had carried out in the class.”

“Despite my lack of coordination, I found the workout to be easy and fantastic. I was a little preoccupied with Lauren Roxborough, together with her exercises of 12 to 15 minutes. She explains the lymphatic system benefits and how it wonderfully works for digestion, but for all of that, I was very excited and had been doing it three times and more in a week since then. ”

Rebound aerobics is a low-impact cardiovascular exercise that uses the mini trampoline. Do not make any mistake thinking that this is just a nostalgic bouncing exercise.

The mini trampoline health benefits is to work like a flexible platform for aerobic workouts, which you will be performing. The rebounding technique may probably appear not familiar at first when you compare how you would jump naturally.

Rebounding is not only a fun way to exercise, but it also has many benefits. Due to the flexibility and cushioning of the trampoline surface, rebounding is an essential sport with low impact and minimal body joints, especially when compared to intense sports like running.

According to the NASA research study in 1980, rebounding is more effective in building muscle and bone mass than running. An analysis of how various forms of exercise on trampoline helps astronauts restore muscle mass and bone loss after spending time in space discovered that rebounding increases oxygen consumption more than running due to increased strength. So, the body benefits more quickly at the cellular level than other exercising methods.

Kimberlee Perry, who is the CEO of a studio, which offers rebounding classes ((BOUNCE)), says: “The exercise should never be more complex, and what could be more exciting than bounding on the trampoline?

If you add in an electric vibe and dance music in class, fitness may not get better when compared to this. Though it is not all exciting, rebounding is effectively fierce.  It can be three times and more efficient than running or doing the same routine. Thanks to the extra gravity and force for the NASA trampoline.

“Also, it is an inclusive workout that is open to all age groups and abilities, whether you train regularly and need to try something, which is different in return to fitness after the pregnancy, exercise, or just after the injury. The low impact of a trampoline means that it is a comfortable and safe workout for many people. Therefore, be sure to give it a trial.”

And it is perfect for doing in the house; Katy adds, “It takes up so little space. I have a small apartment, and I can fit in, which is the only thing I agree with since it makes me very happy. I can do it even when I receive a Zoom call, even if the camera is off”.

How Can I Participate?

There are many ways to participate in trampoline-based exercise, depending on what works for you. Organizations such as ((BOUNCE)) have home classes, which you can go for high intensity and choreographic dance classes.

You can follow or like YouTube videos for a workout demonstration. To make sure you get the best out of rebounding and get the correct form, we request Perry to share the best way to carry out the trampoline exercise.

“For an optimal workout, you can slightly lean forward, squeeze the abs, and brace your core,” she explains. “Then bend the knees while jumping and pushing down the trampoline instead of bouncing high up like a child into the air. Do not jump with the feet flat, but you need to hop on the balls of the feet. “